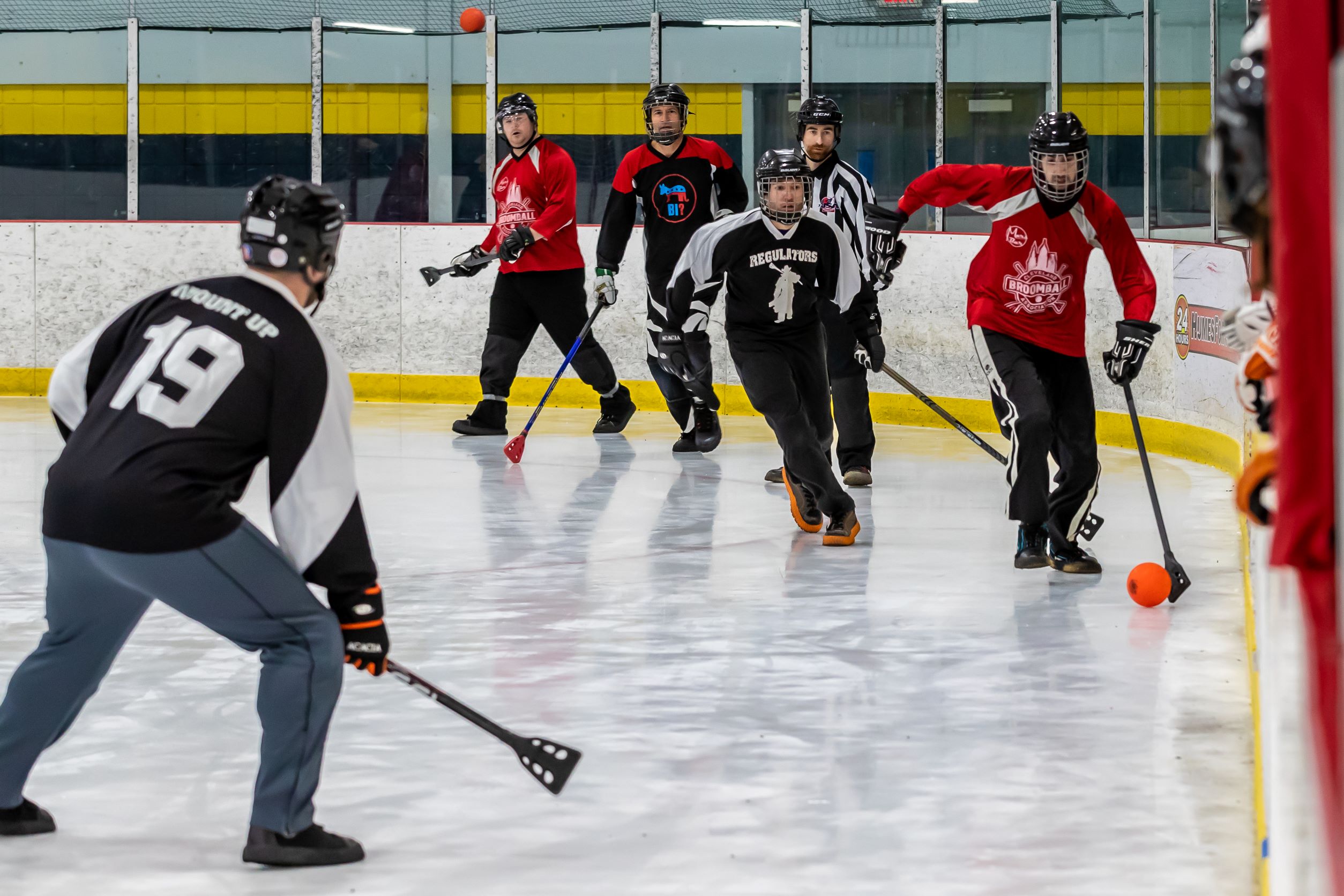 Erie, Pa:  Fifteen teams representing seven states and the District of Columbia are scheduled to compete in the Mid-Atlantic Broomball Tournament at ERIEBANK Sports Park this weekend. The Pittsburgh Broomball Club will host the event Nov. 6-7.

This is the second time the tournament has been hosted in Erie. It debuted at ERIEBANK Sports Park in December 2019, and returns after not being hosted in 2020.

“We are extremely excited to be hosting this tournament in Erie again, after having to take a year off,” said Tyler McGuigan, a member of the Pittsburgh Broomball Club board of directors. “We received great feedback from players after the 2019 event, and feel that it is a great location to grow the sport of broomball.”

Broomball is a winter sport played on ice with rules similar to hockey that incorporates soccer strategies. It is played on a hockey rink with two teams aiming to score the most goals. Players use a stick with a molded head to maneuver a ball up and down the ice to score goals. Instead of skates, players wear spongy-soled shoes to gain traction.

The Pittsburgh Broomball Club was formed in 2015 to promote the sport of broomball in Western Pennsylvania. The club has previously hosted the USA Broomball National Championship, as well as several Mid-Atlantic Tournaments.

“This event not only speaks directly to our mission of bringing tourism-generating sporting events to Erie, but it’s a unique event that’s a lot of fun to watch. We’re thrilled to welcome the Pittsburgh Broomball Club back to Erie,” said Mark Jeanneret, executive director of the Erie Sports Commission.

For more information and a complete tournament schedule, visit www.pittsburghbroomball.org.