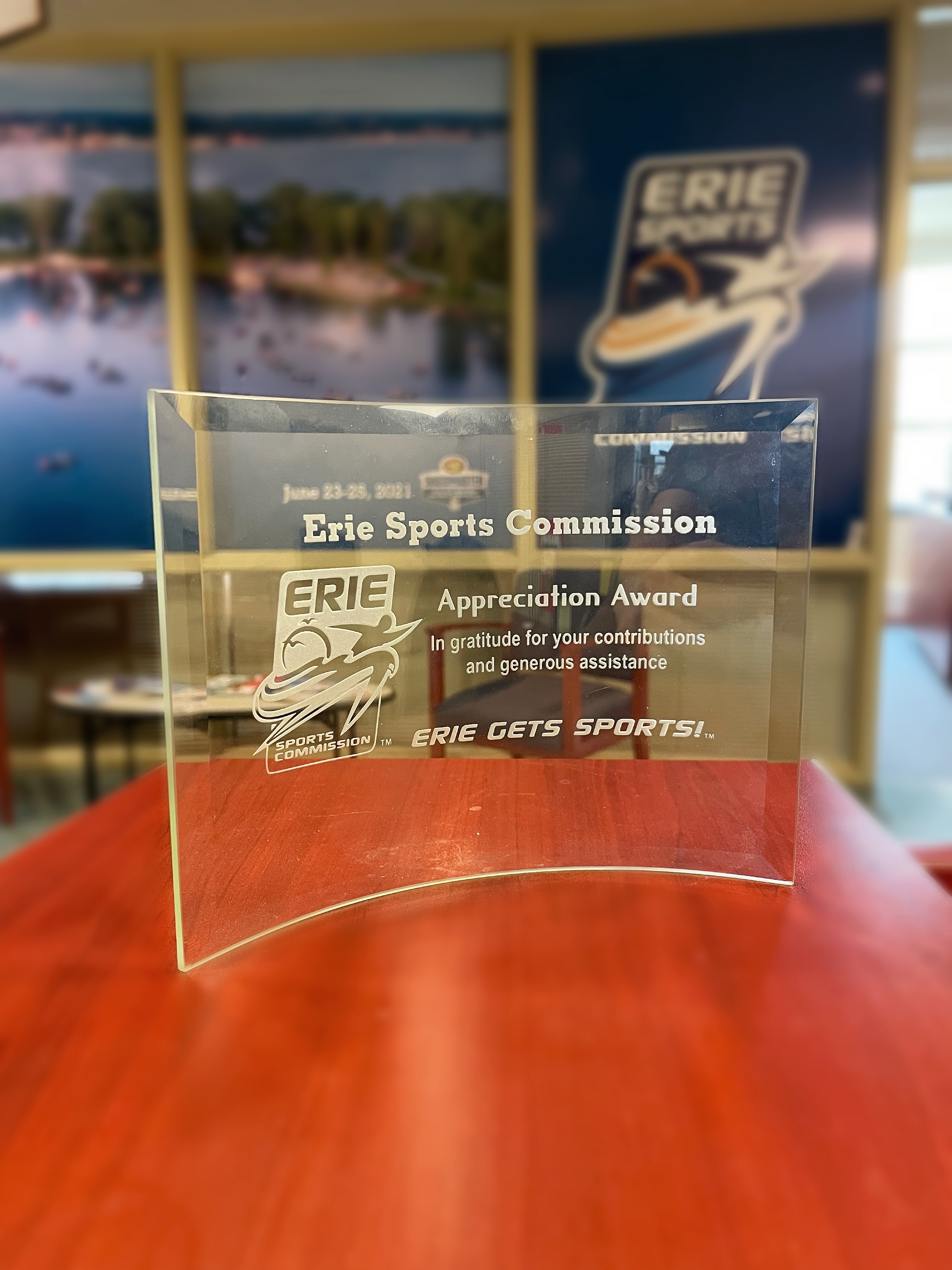 Erie, PA: After a one-year hiatus, the Erie Sports Commission’s annual Sports Tourism Awards returned as event organizers were recognized virtually for their positive impact on sports tourism in Erie County in 2021.

The NCAA National Collegiate Women’s Hockey Championships was named the 2021 Impact Award winner. The event, hosted by the Sports Commission and Mercyhurst University at Erie Insurance Arena in March 2021, was expanded from four to eight teams for the first time in tournament history. The weeklong competition resulted in the Wisconsin Badgers being crowned National Champions as a national television audience watched live on ESPNU.

Lax Bash was recognized as the 2021 Event Series of the Year after hosting two tournaments and a college showcase in Erie in 2021 that attracted 58 teams and more than 2,600 attendees over five days of competition at the Erie Sports Center and Mercyhurst University.

The 2021 Impact Award was given to the Lake Erie National Cheer & Dance Championships held in April at Erie Insurance Arena. The annual weekend event organized and executed by Champion Cheer Central welcomed more than 3,000 athletes and their families (totaling 8,500 people) to Erie and generated nearly $1 million in estimated economic impact.

The Sarah Backstrom Memorial Tournament presented by Lake Effect Hockey was named the 2021 Locally Managed Event of the Year award for its tremendous growth and contributions to the Erie community. The February girl’s hockey tournament featured 46 teams from all over the U.S. including teams from Arizona, California and Illinois.

The 2021 New Event of the Year Award went to Formula DRIFT: BORDERLANDS held in July at Lake Erie Speedway. The national touring racing event saw 64 drivers and their teams from around the world compete for a spot in the winner’s circle in front of over 4,000 spectators from across the eastern United States.

Mark Harrington was named the Sports Commission’s 2021 Volunteer of the Year. Harrington completed his fourth year as tournament director for the Rambler Wrestling Club Battle on the Bay held in February at the Bayfront Convention Center 2021.

The virtual awards were held to honor and recognize the outstanding efforts of Erie Sports Commission event partners who helped lead the sports tourism comeback in Erie County in 2021. The ESC hosted and supported 69 events at 18 facilities in 2021, resulting in an estimated economic impact of more than $18 million.