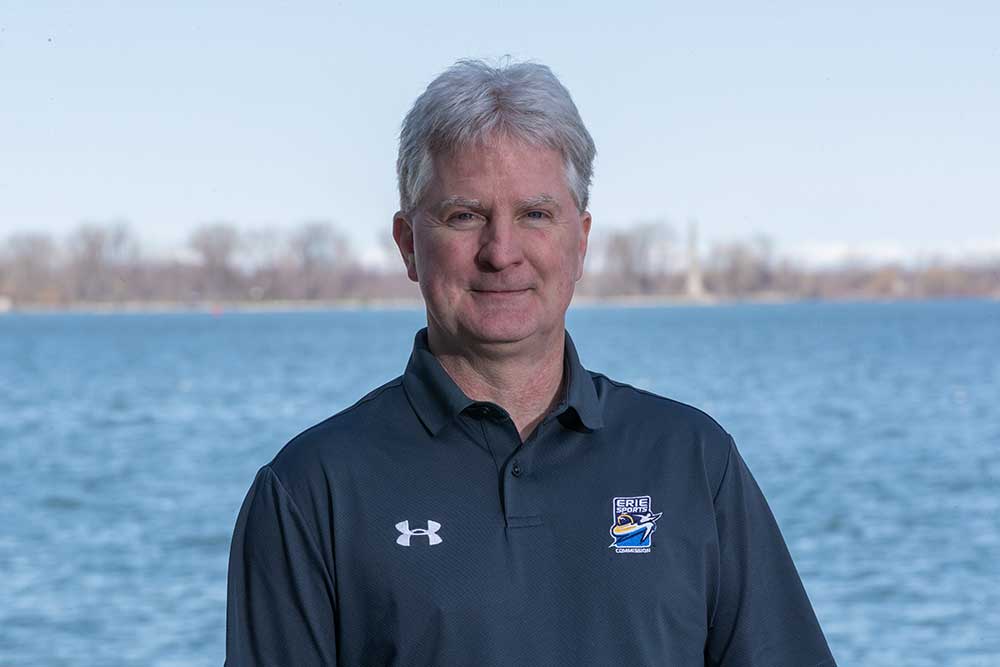 Mark Jeanneret was promoted to Executive Director of the Erie Sports Commission in July 2018, after having previously served as the organization's first Events Director since June 2013.

The Erie Sports Commission experienced significant growth during Jeanneret's tenure as Events Director, increasing its number of events hosted from 19 in 2013 to 59 in 2017. Jeanneret's work was critical to Erie's selection as host for several high-profile events, including the 2018 Ice Breaker Tournament, presented by LECOM, the 2021 NCAA Women's Frozen Four, and many other world, national and state-level championship events.

Jeanneret became a part of the fabric of Erie’s rich sporting community when he joined the Erie Otters as the team’s first director of media relations and play-by-play announcer in 1996. He spent more than 11 seasons with the organization—including describing every moment of the team’s thrilling run to their first Ontario Hockey League Championship in 2002—before taking his talents to the American Hockey League in 2009.

Known mostly for his on-air presence with the Otters, Jeanneret had many other high-level responsibilities during his tenure with the club. These duties included overseeing communications and special events, as well as helping to structure the marketing and advertising plans for the team.

In addition to extensive experience in sports event management and administration, Jeanneret is also a seasoned journalist. He has covered a wide variety of sporting events for daily publications such as the Portland Press Herald (Portland, Maine), The Times Leader (Wilkes-Barre/Scranton, PA), The Republican (Springfield, Mass.), Bangor Daily News, The Journal Tribune (Biddeford, Maine), and the St. Catharines Standard.

Jeanneret received his CSEE Certification from the NASC in 2017.